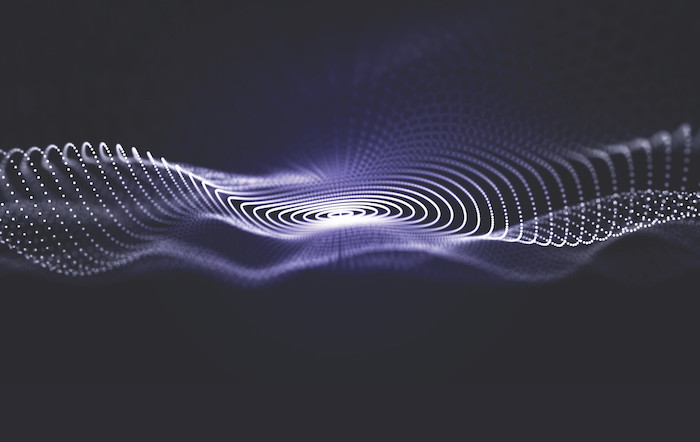 When reduced to the goal of speed ageing, the process of hydrodynamic cavitation became taboo. Highlight its other uses – as some brands have – and it’s just another tool for creating flavour. Hamish Smith reports.

Not all innovation is considered progress. A decade ago, when nascent American company Terressentia promised it could cut ageing times of spirits from years to months, the spirits industry railed. This type of technology was not new in drinks – industrial wine producers had used the forces of cavitation and oak chips to expedite ageing for decades but when the idea crossed to spirits, it proved provocative. In an industry where the marrying of spirit and barrels over time is so cherished, shortcuts just aren’t welcome.

Most doubted that expedited ageing could match the traditional process. But in 2014, bourbons and ryes made using this Terrapure process of “ultrasonic energy-driven oxidation” won silver and bronze medals at the San Francisco Spirits Competition. White spirits, refined and smoothed out by the process, won golds. If expert judges couldn’t tell the difference, how would consumers fare? Had science caught up with nature? It felt like we were at a crossroads.

And, well, if we were, the traffic just carried on through. The vast majority of the industry’s spirit producers held on to their barrels. Quality arguments to one side, any brand that cared about marketing had little choice – next to the craftsmanship and romance of angels, coopers and rickhouses, hydrodynamic cavitation lacks a certain flair.

Let me phrase that

Yet, sometimes the success of innovation is not down to the technology itself, but the communication around it. What if you didn’t call the process ageing at all? And anyway, what does ageing actually mean? If you’ll indulge a little of the science: hydrodynamic cavitation is the phenomenon by which local pressure changes in liquid create small bubbles that grow and collapse. These create hotspots for a time, speeding up reactions. These reactions have been observed to remove congeners and increase chemical reactions such as oxidation and esterification.

If described as “developing or adding flavour or character”, hydrodynamic cavitation sounds less of a hack, more of a value-added technique that could sit alongside any other post-distillation process. After all, rectifying in the gin industry is adding flavour to spirit, it’s just that wood isn’t normally the botanical. Or think of the kind of processing that happens in modern bars that we all marvel at. A rotary evaporator is another piece of equipment that plays with the constructs of pressure and time. Indeed, some bartenders may also be familiar with the force of cavitation, if they’re lucky enough to have an ultrasonic homogeniser.

Over at Crucible, the sort of library-lab for bartenders in east London, owner Stu Bale is a fan of ultrasonic cavitation: “I have messed around with ultrasonic quite a lot and think it is one of the more useful and practical ‘modernist’ techniques. Speed ageing I think got a bad name mainly due to Australian Chardonnay in the ’90s throwing in a bunch of wood chips that left everything tasting like the wood department of B&Q. Ultrasonic allows you to use a small amount of wood, in a very controlled environment, for a set period of time to get a consistent product each time.”

Proto-hipsters of the distilling world, Empirical Spirits, are probably the people to ask about how this can be used in larger-scale spirits production. “We’ve been experimenting with cavitation to assess whether we can unlock and extract new layers of flavours along the way,” says Lars Williams. “We found that it is totally dependent on the botanical. For instance, in Ayuuk we use the very fragrant, fruity and smoky Pasilla Mixe chilli as the sole botanical ingredient. Cavitation did not work there for us; we could notice very little increase in flavour intensity or novel flavours coming out of the process. On the other hand, we see potential in the way it speeds up maceration time. In our cans we make a tea with toasted birch shavings, which normally is a three-day maceration but it is reduced to hours with our sonic transducer. All in all, the tool we have is great but hasn’t unlocked any new flavour for us, although has improved the production cycle time.”

For Williams, this technology isn’t about mimicking ageing at all. “We think it is a very interesting tool and we keep on working with it to see if we can create something novel and interesting rather than speeding up the ageing process. When a spirit is in contact with barrels over time a lot more interesting things happen than just woody flavours.”

Another company respectful of tradition but creatively curious is Seychelles rum brand Takamaka. It also does not talk of speed-ageing, only that cavitation – or pressing, as it calls it – is a tool for flavour creation. “It’s not meant to replace ageing,” says the brand’s co-founder Richard D’Offay. “The cavitation process forms bubbles that burst, which releases, softens and develops the liquid.”

The brand’s Rum Zenn, from its Seychelles Series, is perhaps the best illustration. It uses a blend of unaged pot and column distillates which are put through hydrodynamic cavitation using fines of oak wood from ex-bourbon casks. Tasted against the same liquid pre-cavitation the result – after just six hours – is marked. The harsher flavour compounds are rounded off, it’s mellow and there’s a detectable weight to the spirit and mouthfeel. It’s changed colour too. Priced in line with many premium unaged rums, you can see that cavitation offers character, with little cost implication to the end consumer.

If the developing of unaged spirit is one use, there are others too. From Takamaka’s St Andre Series, Extra Noir is a blend of pot and column-distilled molasses rum, soaked with French oak, pressed using cavitation with both French and ex-bourbon wood, then rested in ex-French cane rum casks for 60 days. Its spiced Zepis Kreol is macerated with spices, pressed, blended with traditionally aged rum, before also being rested for 60 days. These sit alongside traditional 100% barrel-aged expressions in the range.

So who’s using the technology? “I’m sure lots of distilleries use cavitation, but few talk about it,” says D’Offay. “We made the decision to be open and honest about what we do. At the end of the day we’re not trying to use cavitation as a replacement for ageing – it’s a brilliant system for capturing flavour alongside maceration and ageing. We’re not calling it a three or five-year-old aged rum, it’s a pressed rum and it’s up to the consumer to judge whether it’s worth the money. As a small distillery with big aspirations, we love traditional spirits making and we’re also happy to embrace technology.”

If brash statements about cutting maturation times are behind us, the harnessing of the forces of cavitation aren’t. Flavour innovations are always progress.