The Pisco Sour - an underrated classic with a disputed history
by Clinton Cawood / 10 November, 2022 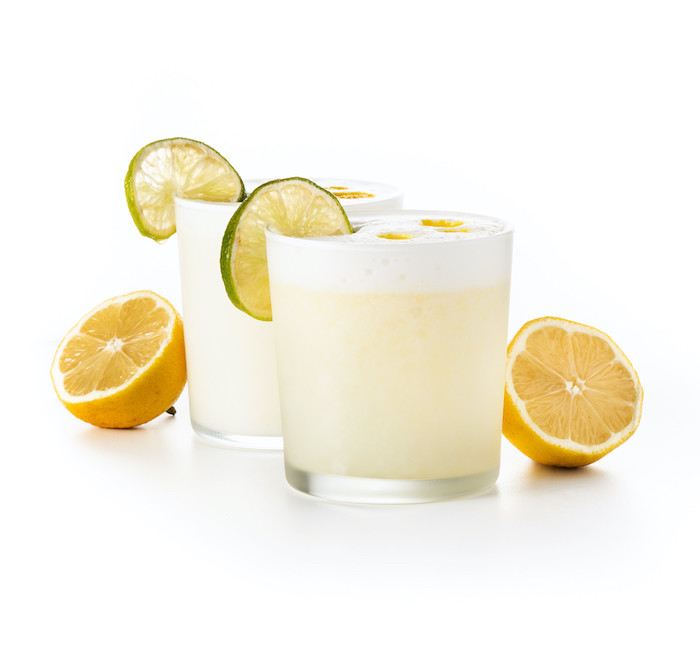 Clinton Cawood unearths the history of the South American classic.

While there is debate, often quite heated, about pisco’s origins, the provenance of its most famous cocktail is, thankfully, somewhat less controversial – although not without some twists and turns, as is inevitable with these things.

The Pisco Sour: light and aromatic, yet substantial in its own way, with distinctive white foam and a touch of bitters for colour and aroma… it must be among the most underrated of the classics, at least outside of Chile and Peru, where they definitely do rate it. In significant quantities.

Of the two countries, Peru can convincingly lay claim to the Pisco Sour, in large part thanks to American bartender Victor Vaughen Morris. Arriving in Peru in 1903, he ended up in the capital, Lima, and opened Morris’ Bar there in 1916. But by then he’s said to have already invented the drink that would make his bar famous.

The story is set in the town of Cerro de Pasco, where Morris first lived on arriving in Peru. Picture the scene… the railway line from Oroyo has been completed at last, and the railway company, for which Morris works, quite rightly marks the occasion with a party for a modest 5,000 guests. No chance of there being enough whiskey for all those Whiskey Sours, but there is plenty of pisco around. Morris improvises, and a legend is born.

What he mixed for that gathering didn’t yet resemble the Pisco Sour we know today, made as it was without egg white or bitters, much like early Whiskey Sours. Those came later – or before. There are various theories about who was responsible for these changes and when, but an old Peruvian cookbook, published in 1903, contains some recently-discovered clues. In 2013, when pages from this Nuevo Manual de Cocina a la Criolla were circulating online – as they do – Peruvian historian Nico Vera noticed a drink, simply titled Cocktail, containing “an egg white, a glass of pisco, a teaspoon of fine sugar, and a few drops of lime as desired”.

Which sheds some light on when the drink gained its distinctive egg-white foam, but rather awkwardly pokes some holes in claims that Morris invented the drink. Anyway, moving along…

The Pisco Sour’s modern spec is relatively straightforward – pisco, lime juice, sugar and egg white, in standard Sour proportions, served up in a variety of glassware, from coupes to tumblers. Three drops of bitters – often Angostura – on the foam, not just for looks but to mask the smell of egg white, and you’re done.

Now I know better than to weigh in on the Chile-Peru pisco wars, but will say that the availability of both styles only adds welcome variety and interest to this classic. Among their differences are the grape varieties allowed, contributing to a wide stylistic range across both countries.

It’s also worth noting that the two countries make their Sours differently. Of course. While Peru’s are consistent with what we’ve been talking about – egg white, three drops of bitters, etc – the Chileans generally omit those, and use their local limón de Pica, or Pica lime.

Which is a perfectly pleasant variation, and not the only twist on this classic out there, as you can imagine. One fine example was once on the list at London’s Heads & Tails, created by Chris Dennis, incorporating sake and calamansi juice.

It’s the pisco that makes modifications like this possible, he believes. “It’s a great blueprint to develop lighter, delicate flavours. While pisco’s depth of flavour will inevitably and correctly remain the star of the show, its complex notes work particularly well with sweeter citrus and nuanced savoury notes,” he says.

Dennis has more praise for the Pisco Sour itself. “Classic drinks can clash with a contemporary palate, and it’s rare to find a perfect balance, but the Pisco Sour’s light, satisfying profile qualifies it to this echelon,” he says. “Over the past few decades it has led the charge for the Sour category – its versatility appeals to a broad palate.”

And it has indeed appealed, in some form or another, for well over 100 years.

Dry shake then wet shake. Strain into coupe and garnish with shiso leaf.