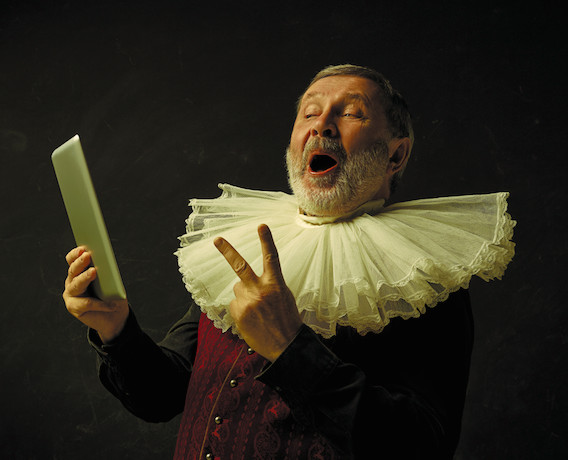 The necessity of the government’s recent constraints on the hospitality sector is hotly contested but what most agree on is that this kind of intervention is unprecedented. That is, in fact, not the case – there are many similarities between today’s restrictions and those of our medieval past.

The first licensing act was passed in 1552, at a time when the crown calculated there were 24,000 drinking houses – one for every 142 people and even higher in towns such as Shrewsbury, where there was one for every 29 people. Today there is one pub or bar for every 1,408 people in the UK. So clearly the medieval public had a generous selection of bars to choose from.

The substantial number and the fact that there was probably very little else to do at the end of a gruelling medieval day meant binge drinking became a problem. There are numerous accounts of alcoholic excess in records, journals, and diaries from all over the UK. For example, the famous diarist Samuel Pepys casually, and regularly, wrote about drinking a pint of wine or how he often awoke the morning after a trip to the pub with a painful throbbing of the head. Anecdotes also arise from death records. One surviving report told the story of the shoemaker James Johnson, who drowned in a puddle after leaving the pub. He had attempted to throw up before collapsing and tumbling into a muddy ditch. Robert Collen also met his demise on the way home from a pub. While crossing a bridge he had attempted to relieve himself in the river, before slipping headfirst and drowning.

So, licensing began in the 16th century to limit the number of pubs and prevent what the government thought was excessive drinking. That’s the history, but interestingly the restrictions placed on these licensed venues are strikingly similar to the ones we have in 2020. They too were localised and varied across the country. Once a medieval pub was licenced, a county magistrate oversaw and applied the local laws to the venue.

This meant the rules were the same for each pub in a county, but they would often differ from county to county. In Nottinghamshire, for example, all vendors had to stop serving alcohol at 9pm, but they did not have to close until 12am. On the other hand, the convoluted rules of Hampshire stated that there was no specific time pubs had to stop serving but they had to close at 9pm, providing all servants had left the premises by 7pm. Essentially, between 7pm and 9pm only the more well-to-do members of society were allowed to be at the pub. For the post-lockdown return to the tiered system, we again face different rules for the hospitality sector from county to county, just like these medieval traditions.

In medieval times, the season could also be a factor. In London, the curfew in the summer was at 8pm and 9pm for the winter months; anyone out after this time was assumed to be up to no good. If a pub stayed open beyond curfew they would face an initial fine of 40p. For the second offence the cost was half a mark, or

80p. The third offence was 10 shillings, or 120p. And the fourth offence was 20 shillings, equivalent to 240p. Incremental fines for breaking the rules, which increase after each offence – now that does seem very familiar.

To put the cost of the fines into perspective the average labourer at the time would be expected to make around £2 a year if there was a good harvest. So, the fines were clearly heavy handed. If these fines were not enough of a deterrent, the fifth and final time a pub stayed open past the curfew it would be closed down and the owner would be arrested.

So while the reason for these laws or curfews has changed over time, the way in which the government has attempted to regulate bars and pubs has not. Specific local rules and incremental fines for rule breakers were just as common in medieval Britain as they are today. So, perhaps we are not living in unprecedented times, instead we are witnessing and reliving some long-forgotten medieval traditions.