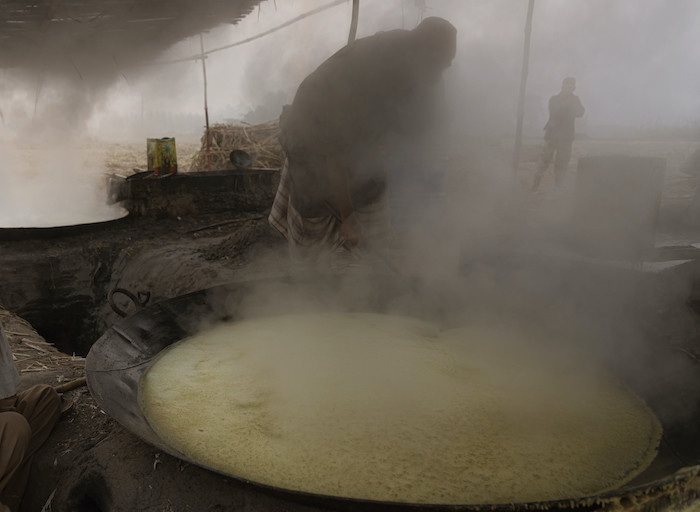 Vikram Doctor explains how Indian rum is both an emerging category and has a storied history, dating back to the 18th century.

There is a snarky take on the spirits business in India that suggests it is nearly all rum. All those Indian whisky brands like McDowell’s No. 1, Officer’s Choice and Royal Stag, which top global spirits listings, but aren’t ever seen by foreigners except during a misspent gap year – all rum. The Indian categories of brandy, gin and vodka are really rum.

The reasoning is that almost all Indian spirits are manufactured with a base of neutral alcohol derived from molasses, a by-product of India’s vast sugar industry. Rum is spirit distilled from molasses, therefore all Indian spirits, however refined and flavoured into facsimiles of whisky, brandy, gin or vodka, are all really rums. The only exceptions are a few ultra-premium malt-based whiskies being made by Amrut and Paul John, or local oddities like Goan feni, made from the juice of cashew fruit, or mahua, from a nectar-filled flower.

Whether one agrees with this or not, it has helped actual Indian rum appear more authentic. Liquor snobs who would never drink Indian whisky admit liking Indian rum, “because it’s the real thing”. It helps that Indian rum is usually the introductory spirit for most younger drinkers, its sweet kick blending disarmingly with colas to give generations of college students their first hangovers. Old Monk, in particular, made by Mohan Meakins, is so beloved that one can occasionally find its dimpled cuboid bottles in Indian stores across the world.

Mohan Meakins is notoriously secretive about everything, from sales figures to how exactly Old Monk is made, so its exact standing in global rum sales isn’t clear. Other Indian brands, such as Contessa from Radico Khaitan, Old Port from Amrut and Diageo’s McDowell’s No. I Celebration, all count among the top 10 rum brands in the world by sales.

These are low-price, mass-market drinks, generally made from the same neutral alcohol base as other Indian spirits and packed with caramel for colour and flavour. No one buys them expecting anything special.

Yet, there is an older tradition of real Indian rum, and now possibly a future as well. India is where historical production of sugar began, but it was consumed as jaggery, a solid mass reduced from sugarcane juice. In the 18th century, as the British started expanding colonial and commercial interests in India, sugar refineries were set up in Bengal to cash in on the huge demand for sugar in the UK, which was mainly being served by the West Indies. Molasses was a by-product and using it to make rum helped shore up the business model.

A tantalising new market emerged for this rum after the establishment of the penal colony in Australia in 1788. The colony had an almost desperate demand for rum and Bengal was much closer than the Caribbean. “Bengal rum, said to be stronger than Jamaican rum, and not so sweet, was Australia’s first national drink and at times a form of national currency,” wrote Geoffrey Blainey in The Tyranny of Distance, his classic history of how the Australian nation was shaped by its remoteness. This lasted for around 30 years until sugarcane started to be grown in Queensland and Australian rum production began.

Bengal tried to export rum to the UK, but ran into fierce opposition. The distillers were innovating, making rum from jaggery with such a good flavour that, in 1840, during a Select Committee hearing of the UK Parliament on Indian products, one witness described it as “superior to the finest French brandy; if admitted into this country… it would supersede entirely the consumption of malt spirits in the United Kingdom”. Punitive duties soon ended this trade prospect, and premium Indian rum production dwindled.

India developed more as a market for gin during the British Raj, and then whisky. Rum remained popular in Bengal, and also Kerala in the south, and as that introductory spirit for young people. But there was little demand for a premium version, since most drinkers would progress to whisky. Complacency about rum being the one authentic Indian spirit may have also played a role. Old Monk, for example, has launched a few longer-aged variants, but their flavour profile barely deviates from that super-sweet caramel template.

Very recently, some change has started as part of a greater interest in quality spirits made in India. Amrut’s success with whisky has prompted it to launch Two Indies, a rum which is again being made with jaggery, after almost two centuries since those early experiments in Bengal. It’s a very pleasant, light rum with some of the minerally notes of jaggery. Goa, the one state in India that is supportive of spirits development, has seen the launch of two premium rums – Maka Zai, which means ‘I want’ in Goa’s Konkani language, and Segredo Adeia, which means ‘secret village’. Both come in elegant white and aged dark versions, with the Segredo having a distinct coffee note.

Spiced rums have emerged too. Taj Sanghera, who founded Five Rivers, claims that his family in the Punjab made what sounds like a bootleg spirit spiced with cardamom, cassia, clove, coriander and ginger. He has recreated this as a spiced white rum with a flavour profile akin to gin. There is also Wild Tiger, a rum made in Kerala exclusively for the export market, whose tiger-patterned bottle certainly stands out on retail shelves. I haven’t tried either, but they would certainly be welcome in India as further ways in which to kickstart a real market for rum.