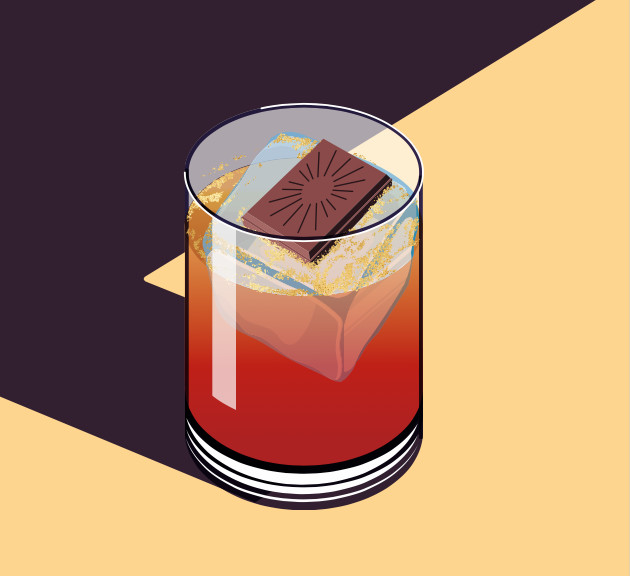 Oli Dodd pulls back the curtains on a spirit that has much more to offer than a sour.

The use of pisco in the UK is all a bit one note. Like its continental buddy cachaça, it has been typecast as a single-use spirit, but that’s more a critique on the painter than the paint.

Pisco Sours have become such a mixological ambassador that the drink has even got its own, rarely observed international day of celebration (the first Saturday of February if you were wondering), and is where a good deal of exposure to the spirit begins and ends, garnished with three drops of Ango. But why then, if it’s so common to see Pisco on many a back bar around the country, is experimentation such a collector’s item?

“The Pisco Sour is, at the end of the day, simply a sour,” says Bek Narzi, owner and director of operations at Pachamama Group, who operates three Peruvian restaurants in London. “The Peruvian government and pisco brands tend to use it as a marketing workhorse on account of its simplicity.”

Better understanding pisco means acknowledging its disputed origin without trying to settle the debate. Chile and Peru both lay claim to pisco, which has been a source of bitter rivalry for generations, and that’s unlikely to ever change.

“Drinking Chilean pisco in Peru or praising its outstanding quality may turn into a national scandal,” says Narzi.

To both countries it is their national drink, but in actuality we’re talking about two different grape brandies that share the same name. “As a rule of thumb, Peruvian pisco seems to be tightly focused and thus beautifully honest with its flavours,” says Narzi. “Chilean often comes across softer and a fraction smoother on the palate - somewhat akin perhaps to the differences between Russian and Polish vodkas.”

This distinction is down to Peru’s tight grip on production regulations. In Peru, pisco is made by producing a semi-fermented, young wine from one or more of eight grape varieties. Quebranta, Mollar, Uvina, and Negra Criolla are considered non-aromatic and generally produce robust piscos, the Muscat-derived Italia, Muscatel, Torontel, and Albilla are considered aromatic, producing piscos with a more floral character.

This wine is then distilled just once, and rested for three months in glass, copper, or stainless steel containers. No ageing in wood and no additives, including water, are permitted. The result is considered a pure representation of pisco.

Chilean pisco regulations are more relaxed. Producers can use 13 grape varieties, either fermented into a young wine as in Peru or, more commonly, a fully fermented wine. Fruits can also be added, and the liquid can be distilled any number of times to round off harsh edges. Chilean piscos can be aged in wooden barrels, or not, and water is often added to temper the spirit to 40%, but again, that’s up to the producer.

Maybe it’s Peruvian piscos’ dedication to purity, probably it’s the growing appetite for ceviche and the country’s food, but in the UK at least, Peru holds the pisco sceptre and brands such as Barsol dominate.

“Customers are pleasantly surprised by the grape aromatics and how each pisco offers different characteristics, and pisco can absolutely be used as a substitute in other cocktails too. A Piscopolitan is a twist on a classic Cosmo that replaces vodka with pisco, it gives it a subtle but distinctive grape aroma. An El Capitán is a twist on a classic Manhattan – by substituting the whisky with pisco it creates a softer tasting drink while still remaining spirit forward. We use pisco wherever we can – the red mullet on the tasting menu is even poached in pisco.”

Therein lies pisco’s great weapon – its diversity. What’s the point in a multiple identity, dual citizenship-wielding spirits category that only fits one bill?

“Pisco is incredibly versatile,” agrees Narzi. “It can be floral and fruity, there is even a Gewürztraminer-esque quality at play… If your guests are interested in the gastronomy of Peru, they will often be willing to experiment.”

While adaptability is so often the cry of the underappreciated spirits category with pisco, there’s something to that claim. Substituting pisco into a classic and calling it a S-Inca-pore Sling may be the first step, but familiarity beyond its government-issued serve, with a spirit that people are fighting to claim ownership of, can’t be a bad thing.

The coffee and maca root infusion is made with a bottle of pisco with 50g coffee beans infused for 24 hours then 50g maca root added for another 24 hours. It’s then strained and bottled