Why we can't get enough of pineapple products
by Hamish Smith / 21 April, 2022 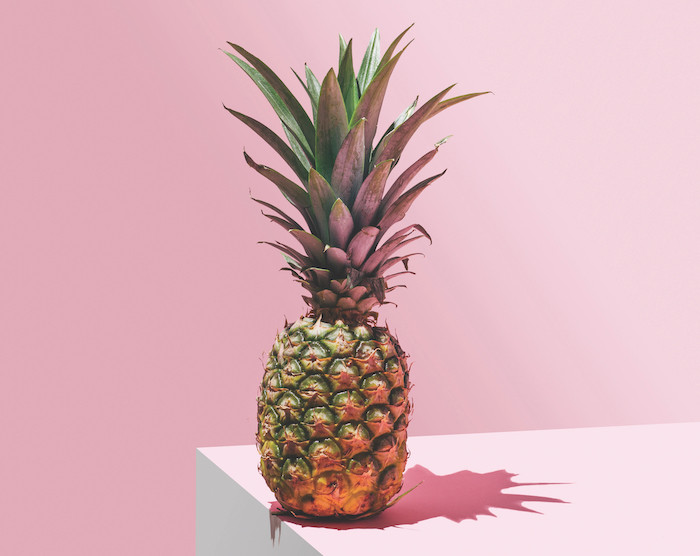 Not so long ago pineapple products were a rarity in bars – now they’re popping up in mixers, says Hamish Smith.

In 2013 bartenders Dean Callan and Jake Burger gave a talk at Tales of the Cocktail in New Orleans. A far cry from the social narratives discussed at the show in recent years, their talk was on pineapples.

The seeming paucity of appreciation of the humble pineapple had been a bugbear of Callan’s ever since he’d landed in London some years earlier: it was one of his favourite ingredients and without it, drinks such as the Prince of Wales just weren’t the same. “It was difficult to find anyone stocking anything pineapple outside of tiki bars,” he recalls.

The title of the talk? The Pineapple, a Symbol of Hospitality. It’s worth taking a moment to appreciate how prescient that was – in the intervening years, the pineapple did indeed become the symbol of bartending: the golden pineapple serves at Artesian, the tiki shirts and the pin badges, the caps and the T-shirts. If Wales has leeks, bartenders have pineapples and Callan was the movement’s spiritual leader.

Rum, of course, is no stranger to pineapple and recent brands that combine the two, such as Plantation Pineapple, are almost fetishised by the trade. That Boutiquey Gin Company Spit-Roasted Pineapple gin has a following too, and not because it tastes of juniper.

The trade’s penchant for pineapple has percolated into the public domain and now, some of the latest products have come from the world of mixers. Enter, in no particular order, Three Cents Pineapple soda, London Essence Pineapple Crafted soda, and Franklin & Sons’ Pineapple & Almond soda. And while we're at it, Fentimans Tropical Soda too.

"There is definitely a trend in pineapple flavour," says Georgi Radev of Laki Kane in London. “Not only in the bartending community, but in general. Tropical is very fashionable at the moment and pineapple represents it very well.”

Over at Trailer Happiness, bar manager Gabriele Staltari, is a fan. “Pineapple soda is a product that was missing from the mixer category for a long time, at least in Europe. Only a few years ago it was so rare that I used to make my own pineapple soda by clarifying and carbonating pineapple juice.”

While pineapple products have been available in the past, they have tended to be in the old soft drink world of artificial flavours and concentrated juice – not exactly where we’re at right now.

George Bagos, co-Founder of Three Cents, launched a pineapple soda last year. “We like to work with ingredients that are being a bit overlooked by the industry,” he says. “Pineapple has a fantastic natural acidity (courtesy mainly of citric and malic acid) that we usually don’t find in other products. We use the entire fruit, meaning both skin and, most importantly, core, which has a complex acidity and flavour. We wanted to pay tribute to the awesomeness that is the pineapple fruit.”

From the brand side there is another driver. After the success of tonic over the past 10 years, driven by the gin trend, mixer brands naturally looked to other spirits and what they can pair them with. “We knew we wanted mixers for rum and whisky that brought something new to market,” says Sam Coles, senior brand manager at Franklin & Sons.

But over at London Essence, pineapple’s pairing extends beyond the sugarcane spirit. “Roasted Pineapple Crafted soda pairs beautifully with any premium rum, tequila or vodka,” says Melanie Ginsberg, UK head of marketing at London Essence. "It also offers a less sweet and more sophisticated alternative [to an ordinary soft/mixer], particularly for a growing number of consumers seeking a low/no drinking experience that still feels elevated.”

So what does pineapple soda bring to the bar? “Historically, tiki bars have used sodas just for texture and in very few cases for flavour, but the role they now play in rum and tiki-tropical bars is really a key one in the bartending 2.0 age,” says Trailer’s Staltari. “Clear, low-abv cocktails served tall with a chunk of ice are very popular these days and pineapple soda is the perfect ingredient for tropical bars that want to ride this wave. It also offers a great opportunity to make non-alcoholic cocktails a bit more interesting.

“We have used both London Essence and Franklin. At the moment they are used in a riff on the Jungle Bird called Jungle Fizz, which, as you can imagine, is a long, fizzy version of it. Pineapple soda is also a fantastic rum mixer that will complement almost every rum, perfectly integrating with the fruitiness of Jamaican rums, the green notes of agricoles, and the vanilla and oaky notes of light to medium aged rums. It is also interesting with the treacly notes of the Navy/dark rums in a Dark ’n’ Stormy kind of serve.”

Over at Laki Kane, Radev appreciates all three market entries as they help to make simple cocktails with few ingredients. “You can make delicious highball cocktails, add bubbles, freshness and flavour to any Collins, Sling or Fizz. Also make it taste more tropical. They work great in a Singapore Sling.

“I made a drink called the Spritz Colada, which is an unusual mix of Piña Colada and Spritz. The base was our Laki Kane Dry Spiced rum, which has tropical flavours of mango, green banana, citrus and dry spices finish. I added some coconut butter shrub for coconut flavour, sweetness and viscosity and Fentimans Tropical soda."

So many trends: rum drinks, tropical drinks, long drinks, lighter drinks, carbonated drinks… they all point to fertile pastures for the pineapple. How its fortunes have grown since 2013.