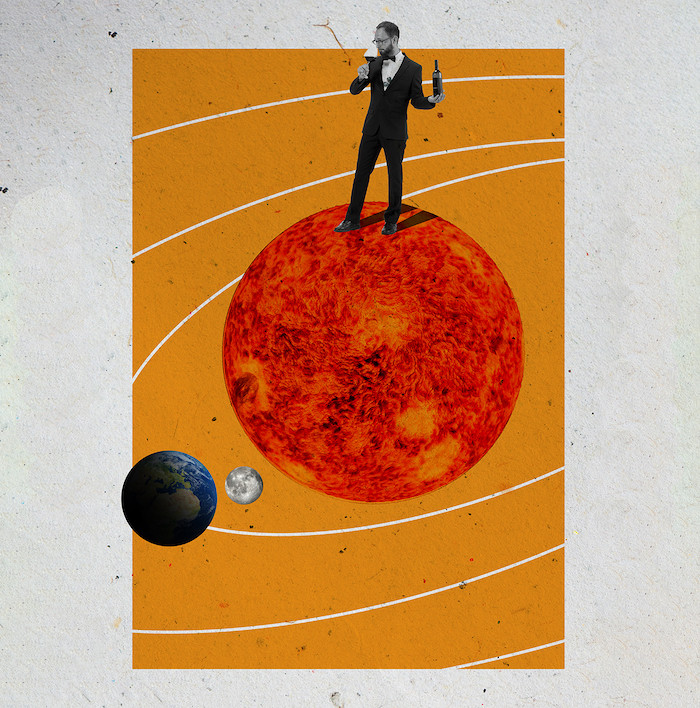 Jake O’Brien Murphy gets the troubling issue of how to best describe flavour off his chest.

Tasting notes annoy me. Probably because very early on in my career they prompted feelings of professional inadequacy. So struck was I with the idea of perceiving taste the wrong way, I would memorise tasting notes and recite them, verbatim, when prompted.

My anxiety centred around the idea that I often couldn’t pick up a single stipulated taste experience. I’d be baffled by the ability of the author who would pass over the flavours I knew – such as strawberry, chocolate or scampi – and instead indulge in abstract concepts. Picking an example at random from an app I use, there’s a wine described as tasting like “a lazy sunrise”.

How exactly a producer can manage to contextualise the movement of celestial bodies into a bottle of wine for under a tenner remains incredible, but what’s certain is that flavour, whatever that is, is immediately apparent to a human tongue. Another says “pencil shaving”, “minerals and smashed metal”. The liquid equivalent of a mobile library crashing into a biblical pillar of salt.

Tasting notes here make a qualitative statement of ‘taste’. That isn’t to say that I don’t understand tasting notes’ undeniable utility to people who sell booze. “Gooseberry, lilac and passion fruit” is a much more emotively succinct marketing tagline than “a deeply personal experience that brings into sharp focus the line between objective and subjective knowledge – suggested serve: “Vimto”

To be slightly more diplomatic about tasting notes, I understand why one might be attracted to them. Because they help to put flavour into some context. An easy win for us because we don’t talk about flavour very well, if at all. There isn’t even a universally accepted understanding of what flavour is. Most of us use the term ‘flavour’ interchangeably with ‘taste’, which it isn’t. Taste is an aspect of flavour, as is smell, as is touch. To many taste and/or flavour feels like a notional idea. For example, if asked, could you adequately describe the flavour of tomato, in detail, without using the word ‘tomato’?

There’s an entire incisive language of flavour in which very few seem fluent. In the intro to her book Taste – What You’re Missing, Barb Stuckey talks about her first days working at Mattson, a food development company where she is a delightfully titled food inventor. “My new colleagues debated the tortilla chip prototype, and as I listened, it seemed as if they were speaking a different language – one that I knew existed, but didn’t understand.”

Over my career I have unintentionally developed ways of discussing flavour that lean heavily on euphemisms not entirely dissimilar to tasting notes. Certainly not fluent, like the eggheads at Mattson, yet crucially grounded in an empirical understanding of what flavour registers I have experienced in the past. Represented by emotive hooks that speak to a wider understanding of flavour I choose to assume other people might have.

All of this is to say that our perception of flavour, and the language surrounding, is not a rational thing. It is flawed and human, like fear and hiccups. That isn’t to discount the value of the surrounding science. When we taste, scientifically verifiable things happen, but we recognise this in an emotive manner, not as a string of chemical data. At best, another’s tasting note can point a person in a general direction, on a pixelated map, in the dark.

Our perception of flavour isn’t qualitative, it’s egalitarian and deeply personal. If you accept this on the grounds of your own human faults it offers a much more enchanting experience. Flavour is a lot like religion. I identify as a spiritual agnostic – I don’t think there’s a god, but given the option, I’d like there to be one. I don’t think I have the bandwidth to comprehend either the almighty or, more importantly, flavour outside of my given experience.

Either way, it’s out of my sphere of concern, especially when there are so many different kinds of cake I still haven’t tried