Private media: Should your employer have influence over your social media?
by Anna Sebastian / 30 March, 2022 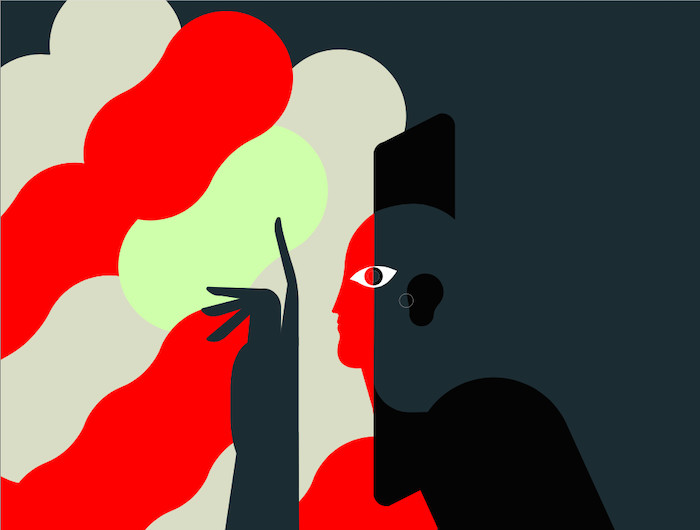 There are often blurred lines between the personal and the professional when it comes to social media. Anna Sebastian investigates whether the two can work together.

Social media has come a long way since it started. Remember the Myspace days?  LondonPartyGirl was my handle – embarassingly. Fast-forward almost two decades and social media isn’t just a digital side show, but an intrinsic part of our lives. It documents our happiness, sadness and anger, and it is a vital tool in the way we conduct relationships and social networks. Slowly but surely it’s become a function of our careers too. And that is where it becomes murky. That’s where we run into problems.

So how much of our social media output should be work related, if at all? It’s my feeling that we’ve sleep-walked into a world where work-related content is expected, but in most cases not contracted. From the conversations I’ve had, it’s clear that this friction is felt by many in the industry.

I wanted to find out more, so I created a social media poll to ask people if they thought their employers should have any influence on their social media output. Of the 550 who took part, 87% said it shouldn’t be allowed. Of the remainder, some drew the distinction around whether the employee’s profile is private or not. Essentially, an open profile is publishing in the public domain, and that can impact your employer.

It’s a complex situation. Social media posts have huge value, and some employees’ networks harness vast audience. Take a brand ambassador, or ‘startender’ – we are often talking about tens of thousands of followers. Indeed, in some cases, it can be this status and influence that helped get a person their job in the first place, or it could be that the network was built in the line of work. Employers then might expect you to utilise this network, to some extent, to their benefit. There are also examples of bartenders who have harnessed their place of work as a platform – ie their famous bar – to increase their appeal in the consultancy space.

Companies might also have a code of conduct on behaviour, especially for jobs in the public eye. To what extent social media behaviour can contravene these can be unclear. But what is clear is that employers don’t tend to look kindly upon content that is at odds with their values.

Yet, there is also something not right about your personal social media life being influenced by the company you work for.

I spoke to Declan McGurk, commercial director of Boatyard Distillery, who believes that someone’s social media should be their own story to write, but also that “interference is warranted if the content posted has a controversial nature which could impact an employer’s position. At which point it is understandable to start a conversation or take action”, he says.

Similarly, Andy Downton, operations director for the Adam Handling Group, believes there’s a balance to be found: “Staff have a duty of care to the business they represent, and the company has the right to ask staff to remove posts from social media if it does not reflect the business.” There’s a “fine line” between what constitutes personal and what is representing the company, he says.

On the other side of the fence, Kat Stanley-Whyte, a bartender at Uno Mas in Edinburgh, is very active on social media and feels she has found the right balance. “The employer has no legal right to ask an employee to use their personal accounts to promote their venue, it comes off the back of the employee personally enjoying their working environment and actively wanting to post about it on their own merit, not because they were told to. I want to share the behind the scenes and the work we do because I’m proud of it and want to showcase it to my followers.”

Andrei Marcu, bar manager at Coupette in London, has gone the way of so may others and found that his Instagram has become almost 100% work-focused – consensually. Conversely, he believes that businesses should formalise this, by providing “training on marketing and social media” so that employees can fully understand the positive impact it has on the business.

But could more formal guidelines create higher, perhaps unreasonable expectations? Are we getting into a world where employees are treated as hired influencers, paid by the post? Or perhaps it just becomes a consensual, normalised and everyday work task – and understood as such by the audience.

Charlotte Barker has previously experienced feeling pressured into posting or promoting things on her social media that she didn’t believe in. In her role now at Milroy’s of Spitalfields, she has found a much better balance with her current role, with time allocated for social media work. “They fully endorse any work on my own Instagram account as it will trickle down and promote them. However, they never pressure me to do anything I don’t want to, or to get more followers. At present I’m social media’d out so I’m super happy with this approach.”

On the brand side of the industry, it feels that there is much more pressure. A well-known brand ambassador, who wanted to remain anonymous, recently came under fire for posting too much about his children when the rest of his photos and stories were about alcohol.

One way is to separate your work with your personal life. I have a separate, very private Instagram account with 20 followers, where I share family content. Meanwhile, my main account is used for my professional life – almost a diary of what bars, restaurants and hotels I’ve visited. But not everyone has or wants this separation – particularly when friends are also part of your work life.

I believe employers need to be more transparent with what they expect from people when they hire them, with guidelines put in place, training done and if they are asking their employees to post, then help them create good, engaging content they are happy with.

I’m a big believer in conducting oneself in a way that reflects well on the things you are associated with – my workplaces, friends and family are all closely linked together. I choose carefully what I post, who I spend time with and where I go, but ultimately, I don’t waver on what I believe in. Whatever job I’m in, my views are an extension of my personality and, like them or not, they come as part the package.