The rise of the mid-proof spirit category
by Millie Milliken / 05 January, 2022 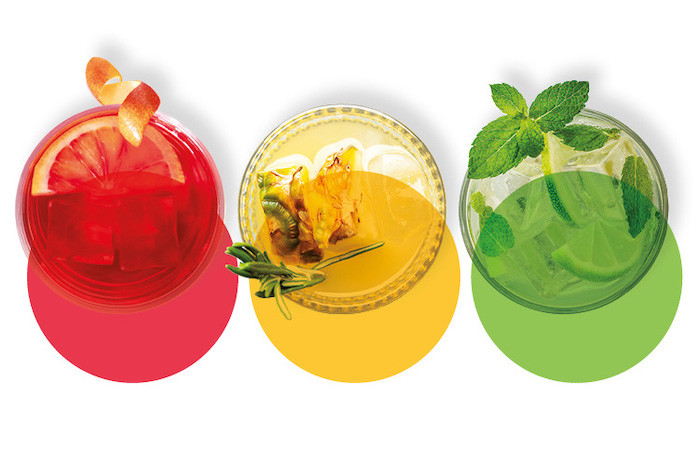 There’s been no, there’s been low, and now there is a new mid-proof drinks category taking shape. Millie Milliken explores the rise of the ‘light’ spirit, and how it translates into bars.

If you, like me, are one of the 150 million mere mortals to have watched the dystopian Korean series Squid Game, you’ll understand that one of its themes is the concept of ‘all or nothing’: if you win the game, you get the money – if you lose, you die.

That concept of ‘all or nothing’ is something that a new slew of drinks makers are hoping to eradicate from menus with their new brands. These liquids aren’t no-abv, not low-abv, nor are they full-proof, but they are light-abv. With alcohol contents coming in between the 10% and 30% mark, these spirit drinks are being created to satisfy the appetite of people looking to enjoy the hit of an alcoholic drink, but in a slightly more measured manner.

When Grant Neave, founder of Twenty Light Spirits, approached multi-bar owner Alastair Burgess (Happiness Forgets and Ever After) with his new 20% abv ‘almost gin’, Burgess and his business partner Adam Papa jumped at the chance to be involved. “There were a lot of all or nothing products out there,” says Burgess. “You’re either drinking a full [abv] spirit or going down the Seedlip or Aecorn route… There was no one out there doing something in between,” he says of why they decided to be involved. Made using the same process as a London Dry gin, with botanicals including chestnut, sweet orange peel and dandelion root, the liquid is distilled to full strength before being diluted down. “Category-wise, we’re carving out our own niche.”

And they aren’t the only ones. Also identifying a gap in the mid-abv market, Fabian Clark and Rohan Radhakrishnan have launched Quarter, with the range’s first release, Quarter G/N, coming in at 12% abv. Having paid attention to what was happening in the low-abv beer space, such as the work done by Small Beer Co, they started working with drinks consultant Anthony Wilson (responsible for making Seedlip) and spent eight months on development. After 50 liquids they landed on the percentage that delivered on flavour and buzz but at a quarter of the strength of a gin.

It’s not just about the abv though. While both Twenty and Quarter have been made specifically with their abv in mind, there are also liquids being made at a light abv but purely as a result of their production process. One such is the latest Fractal expression – Fractal 3.0 – from Audemus Spirits.

“Fractal as a series was born out of a desire to make spirits free from the constraints of the rule books,” says founder and distiller Miko Abouaf. Fractal 3.0 was inspired by sake and soju, most of which come in at between 14% and 25% abv, and was designed as a ‘table spirit’, aka to be imbibed alongside food, using distilled Gewürztraminer from Alsace with a touch of bergamot peel and diluted down to 21% abv.

For Abouaf, Fractal 3.0 isn’t a light-abv spirit, but a table spirit that as such needs to be lower in abv. “21% is the perfect balance – it has a full mouthfeel and structure; it's not watery… Any stronger, it would bite and sting the tongue during the meal (especially with spicy food), any lower, and it would lose its tongue-coating deliciousness.”

With bartenders and consumers still getting used to the no and low vernacular though, how do these brands communicate their category-bending products to their customers? For Twenty and Quarter, it’s a ‘does what they say on the bottle’ approach. When Neave presented Papa and Burgess with his Almost Gin branding, its negative connotations prompted a change to naming it Twenty to make it super clear what the brand is aiming to do: “We want to approach it [as] ‘you can have as many drinks as your friends but drink half the amount’,” explains Burgess.

Similarly, for Quarter, naming the brand after the abv of the liquid was a clever vehicle for communicating what is in the bottle. “We wanted it to be really clear on the functional benefits,” says Radhakrishnan. “For example, four Quarter and tonics equal one gin and tonic.”

When it comes to more diluted spirits, however, using them in cocktails or with mixers needs to be done cleverly so as to not disguise their character. Abouaf made his Fractal 3.0 to be served neat and chilled, either during a meal or as an aperitif, sipped from small cups or glasses. Saying that, it also works well in Martini-style cocktails – Guillaume le Dorner, co-owner of the distillery’s local Bar Luciole in Cognac, is soon to be putting one on his menu.

Burgess recommends using a lighter tonic to match Twenty in a Twenty & Tonic to allow the spirit to shine through, as well as using it in citrus cocktails such as a Tom Collins. “We recently used it in a Ramos Gin Fizz and the juniper came through beautifully well.”

Radhakrishnan and Clark are approaching Quarter cocktails by using it as a replacement for the strongest element of classic cocktails. Take, for example, its Lowgroni, mixing Quarter with Campari and full-strength vermouth. It’s not a case of making your whole cocktail low strength, Radhakrishnan says, but just lowering the strength of the largest volume ingredient. “We’re not suggesting your Lowgroni needs to be lowest strength,” he adds, “but by taking the majority of the strongest spirit out, we’re just delivering a lighter version.”

Is the future light? I suppose we’ll have to wait and see who else joins the game.