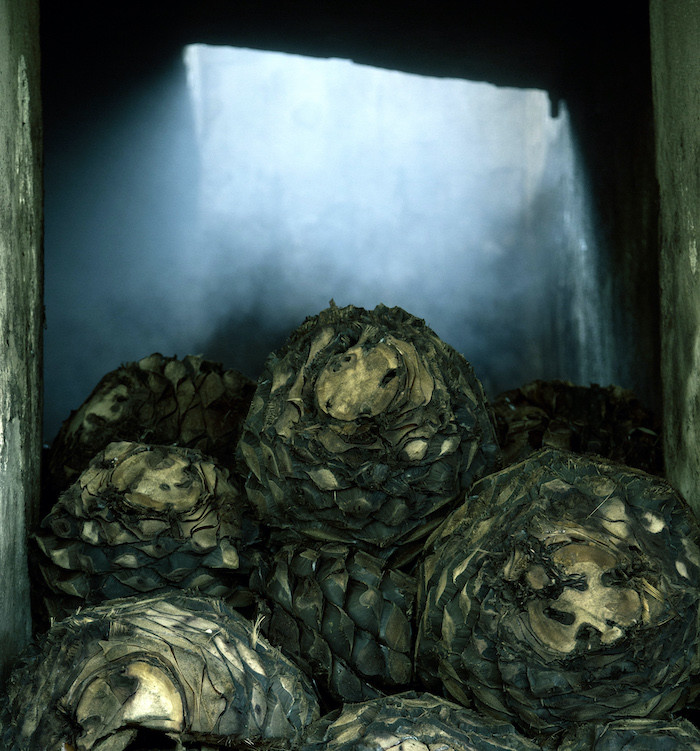 Are bartenders and consumers unnecessarily prejudiced against mixto, or could the variety’s re-emergence in the UK threaten the hard-won success of the 100% agave-led tequila category? Amy Hopkins investigates.

In the minds of many, tequila exists in a two-tier hierarchy, with 100% agave varieties at the top and mixtos at the bottom. Mixtos – which are usually simply referred to as regular ‘tequilas’ – must be distilled from a minimum of 51% agave, while sugars from other sources can make up the remaining 49%. In contrast, 100% agave tequilas are just that – they must be exclusively distilled from Mexico’s native Blue Weber agave plant.

The message peddled by premium brands over the past decade has been that 100% agave tequila is a far superior beast – it is more authentic, made using higher-quality ingredients, with more thoughtful processes. Ultimately, it tastes better. This has led to a significant shift in terms of category market share and consumer mindset.

Jesse Estes, global ambassador for Tequila Ocho, notes that when his family brand launched in 2008, “it was not a given that a cocktail bar would have a 100% agave tequila as their house pour… Nowadays it seems like most venues in the UK with a decent bar programme are pouring 100% agave tequila, which represents significant development for the category within a relatively short time frame”.

Now, the market seems to be evolving once more. In recent months, there have been a number of premium mixto launches that claim to rival the best 100% agaves. Is this a positive move that could boost the category’s diversity and longevity? Or does it threaten to undo the good work of the 100% agave contingent?

For Steffin Oghene, VP of global marketing & business development at El Tequileño: “There is no difference between mixto and 100% agave; it comes down to how much care is put into the production.”

Founded in 1959 and launched in the UK last year, El Tequileño’s seven-strong portfolio contains just one mixto. The blanco, which Oghene says is El Tequileño’s flagship product, is distilled from 70% agave and 30% piloncillo, an unrefined by-product of sugarcane.

The brand is aiming to challenge prejudices against mixto, says Oghene, who adds that it is “naïve” to claim mixto tequila could jeopardise the wider category’s new premium image. “A well-made tequila is a great tequila. It comes down to processes, not just percentages. Mass-production and efficiencies of some brands contribute to the inferior quality and perception of tequila across both the mixto and 100% categories.”

In particular, he highlights 100% tequilas that are made using a diffuser ­– which, in contrast to traditional tahona or roller mill techniques, is a hyper-efficient production method that is generally believed to weaken the aromas and flavours of agave in order to extract more sugar from the plant. As such, research has shown that a traditionally made mixto could have a more potent agave character than a 100% agave diffuser tequila.

“I honestly think that people are fed up with false marketing quality claims of 100% products that fail to deliver on their promise,” says Oghene. “El Tequileño is a cat among the pigeons… [it] brings attention back to quality rather than the category name.”

According to Paul Hayes, co-founder of the El Sueño mixto tequila brand, bartenders in particular are becoming more aware of diffuser tequilas and are “actively looking for better options”. He continues: “Many well-known brands hide behind the 100% agave badge while producing their tequilas under very questionable processes.”

Hayes adds that diffusers allow brands to use under-ripe agave plants, which take around six years to reach maturity. This move, he says, has had a significant impact on both product quality and the environment, since early harvesting disrupts the natural ecology of the agave fields.

In addition, Hayes claims that agave farmers are being “massively undercut” by big brands buying up fields and harvesting early. “They simply can’t compete, and their livelihoods are being decimated. If they are forced to start selling cheaper and earlier, then there really will be major issues across the whole category.”

Launched in the UK earlier this year, El Sueño’s key messages revolve around sustainable practices. Hayes founded the 100% agave brand Vivir in 2019, but wanted to create an “affordable, sustainable, quality tequila to help counteract the challenges the agave sector is currently facing”. Like El Tequileño, it is distilled from 70% agave and 30% piloncillo.

He says that “in an ideal world, all tequila would be [made from] 100%, fully mature agave using quality, sustainable production methods”. However, since this is not the case, correctly produced mixtos “play a vital role in the future of the whole tequila category”.

But what do bartenders think? Both Oghene and Hayes say they had anticipated a certain amount of pushback from the industry, but that levels of appreciation and understanding have been high. Generally, opinion about the re-emergence of mixto seems to be split.

Alvin Ziwa Nyombi, restaurant manager at Mestizo in London, considers mixto a “mistake” that has created a “long-term problem” for the tequila industry. Mestizo has only ever stocked one mixto – Jose Cuervo – and Nyombi doubts the establishment will take on any more.

Regarding the possible re-emergence of mixto in the UK, Nyombi says “it will have to do a lot of hard knocking on doors to be let in”, particularly amid the “ever-growing reception” of other agave spirits. “The businessman would say it relieves strain, and to this I would say: are you relieving strain or Mexico from its culture?”

Meanwhile, Davide Segat, bar manager at Nomad in London and the venue’s Mexico-inspired Side Hustle bar, claims to have “witnessed the decline in quality of many 100% agave tequilas”. As such, he is more amenable to the idea of quality mixtos.

Bartenders may have a more nuanced understanding of tequila that supports a positive view of mixto, but what of the people they serve? “It all comes down to education,” says Segat. “Consumers, of course, have been trained to think all 100% agave is good, but we know that’s not the case.”

Likewise, former bartender Jesse Estes notes that “education – including education about regular tequila – will only be a good thing for the category as a whole”. In particular, there is much work to be done within the 100% agave segment, he says.

“[Many] consumers now believe the designation ‘100% agave’ to be a reliable indicator of quality… I believe the next step in education… will be in explaining the different quality levels found within the 100% agave tequila category.” It is reasonable to assume this could lead to a greater appreciation of craft mixto brands.

But for this to happen, transparency – a somewhat controversial subject in tequila – is key. As Paul Hayes notes: “Without transparency, there is no trust, and without trust, there is no future.”