Restrictions in England have ended, so what stays and what goes?
by Oli Dodd / 03 August, 2021 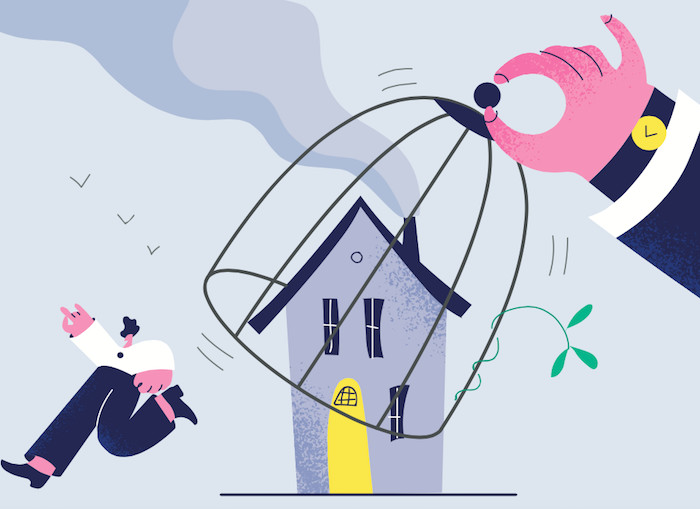 With restrictions ended, Oli Dodd reflects on what that means for hospitality.

Although it’s a finish line that was continually moved away from the runners, the race is now run. Finally, the end of restrictions. It seems a good time then to pause and reflect in a round-up – and hopefully round-off – of pandemic practices.

Each parliamentary announcement since March 2020 has been pored over and analysed by bar owners and operators, but for the benefit of those who have managed to expunge the events of the past 16 months from memory, here’s an abridged overview of pandemic restrictions.

On 20 March 2020, three days before Boris Johnson told the nation they “must stay home”, last orders were called at pubs and bars around the country. What ensued was a national lockdown that lasted until the summer.

Then cue English Independence Day. On 4 July, having been closed for more than 100 days, bars across the country were finally given the green light to reopen. On 15 July, Scotland did the same, with Wales following suit on 3 August, the same day Rishi Sunak announced Eat Out to Help Out. Yes, the scheme put £850 million into the long-empty tills of restaurants, pubs, and bars but, according to the University of Warwick, at the cost of “significantly accelerating” the second wave of the virus. So fair to say results were mixed.

Autumn arrived with regression. Matt Hancock announced the rule of six for indoor and outdoor spaces in England, hoping to “turn this round before Christmas”. Eleven days later, venues were handed a 10pm curfew, then another national lockdown and then the tier system and scotch eggs with every pint. On the eve of New Year’s Eve, a review of the tier system placed 75% of the country under effective lockdown, before it went official nationwide on 6 January.

In spring 2021, the vaccine rollout was underway, several variants of the virus had come and gone, and cases were down. Spurred, the UK parliaments began to talk about reopening and a roadmap to the irreversible end of restrictions was announced. For England, 21 June was the magic date when all bets were off, then on 14 June it was announced that this date had been pushed back by four weeks.

Each concession and amendment to the regulations has brought a change to how bars were able to legally operate. “Find a month and pick a week and there will be something that we did to the bar,” says Mia Johansson, managing partner at Swift. “We have purchased, adapted, hired, done everything to jump through the hoops and it’s cost us money. And then, the hoop either never came or it moved, or it’d changed.

“From tiny things to huge things, everything changed... we had to get new tables in last year because we couldn’t have the standing space, we had to buy outdoor furniture, we changed our menus, we could no longer use metal straws so we now have to buy disposable straws. We had to buy a couple of hundred plates and cups and rebuild the kitchen, remove half the bars in each bar and revamp them into kitchens for when you had to have food with every drink. And that’s all wasted because people didn’t want to do the substantial meal.”

Surviving lockdowns has been an art. For many, the stopgap to normal service was to continue serving drinks for customers stuck at home. “We started making and bottling cocktails ourselves in the bar, and then delivering them around London by bike or car. We were just driving around London for eight hours a day trying to deliver cocktails,” says Johansson.

And while an effective way of getting money through the tills, some enterprising bars with newfound time had the gumption to turn their sights to the wider nation. “Then, our business partner Edmund [Weil] did a big push – if we could get the three brands [Swift, Nightjar and Oriole] together we could go nationwide. That was the initiative to make it a proper company and that’s when we really refined it and made Speakeasy at Home, which launched officially in November.”

With Swift opening a Shoreditch bar in July last year, the team is coming out of the pandemic one bar and one drinks company heavier. “Before, there was a lack of time for brands to do it,” says Bobby Hiddleston, the other half of the Swift management. “With staff kept constantly busy before, there wasn’t a lot of time to do the side projects and it is a whole new project, it’s not something you can just do on the side,. We had to learn so many new skills.”

When bars finally could open in summer 2020, many were caught in a succession of makeovers and facelifts. Venues large and small that had cleverly identified how to maximise space have had to rethink their layouts. “To allow more space between guests sitting we lost five tables, some stools at the bar and we also changed the entrance,” says Giulia Cuccurullo, the newly appointed head bartender at Artesian.

“It was all out of necessity to adhere to the new rules and obviously the room looks a bit different with fewer tables. The mood is different too because we can get in fewer people. [When restrictions are lifted] we will put back the tables we lost because we like working in a busy environment and it's more fun for guests.”

From a customer’s point of view, functional changes to bars and access to their menus from home were the most evident changes. But behind the scenes, the pandemic has put different pressures on bars.

“Every business I know in Cardiff is hiring now,” says Alex Taylor, creative director at Pennyroyal. “My staff and I let out a collective sigh of relief that we’re not going to get any busier because we are short staffed. When restrictions lift, nothing changes. We’ll keep the same systems, the same number of tables that we have now, keep the two-hour slots.

Until my staffing percentage isn’t below 20, I’m going to keep things as is. “But if anything, it’s directed more traffic into our booking, which suits us,” says Taylor. “People didn’t realise how much they’d like table service over waiting at the bar and hoping they get served in the right order. In Cardiff, table service hadn’t been as common as it is in London, so it’s pushed us forward a few years.”

With table service and bookings here to stay, and substantial meals out, what about the fundamental changes to practice? The stresses of the past 16 months have altered approaches and attitudes, there’s now a deepening appreciation for the importance of prioritising mental health.

“[When restrictions are gone] it will definitely go back to the 2019 version of Swift, but what we’re taking away is the thoughtful process of both respecting and understanding headspace times,” says Johansson.

“What’s been really important and what we’ve restructured most is that we’ve done a health plan for our staff to make sure that they’re adapting their hours according to what their personal life really is and maintain their wellness.

“We’re having more one-to-one chats, and when everything is back up, we’ll provide monthly courses on sleeping better and thinking about safety and health; giving people proper time off. Really just making sure that people are looking after themselves and ensuring that we have a plan for it so they know that they’re not ever expected to do more than what they want to do.”

Like a cyclist just knocked off their bike, too relieved to be alive to notice where they’re bleeding, it’s probably still too close to the lockdowns to understand how the pandemic changed us. What has stuck and what will go will be revealed in time, but as bars begin to look and feel as they did before, the aim shouldn’t be to recreate 2019. There was plenty to complain about then. Instead, recognise the lessons that have come since and use them to improve the next version of the bar.